This is a completely different post to the one I had planned, but this weekend, we were in the car and the kids wanted to listen to some music. The only static-free station was Radio One so I settled down, preparing myself for an hour or two of music I no longer recognise...

Instead, I got a brilliant reminder on content creation - and how to do it really well!  Let me explain...

It turns out we were listening to one of Radio One's DJ's, Alice Levine.  She was bright and chatty (a little too much for my slightly hungover state if I'm being honest...) and we tuned in as she began a topical rant about Black Friday (in case you're reading this months from now - that was last Friday).

LESSON ONE: Want to grab the interest of your audience? Talk about whatever is trending right now.  Chances are that people will have some pretty strong opinions on it... just keep it relevant to your niche!

She mentioned in particular the number of emails that she was getting as a result of all the bargains she'd bought and painted a picture that we're all too familiar with; your inbox overflowing with emails from companies you really don't want to hear from.

She described the inconvenience of it - the annoyance of all those notifications, the feeling of overwhelm when you see how many you have to sort through...The fact that frankly, we're all too busy for that nonsense.

LESSON TWO: A great way to engage your audience is to describe a familiar situation that they can relate to.  It could be a frustration or annoyance as above, but it could also be hopes, dreams or shared experiences...

At this point, Alice told us about how she'd been chatting to a colleague (one of the other DJ's) and discovered that his inbox had over 13,000 emails in it! She also mentioned how she had once bought a plant for her Mum and was still receiving daily gardening tips from the company concerned, despite having no interest in gardens.

LESSON THREE: Storytelling by its very nature, makes your content more interesting and memorable.  If you can make your point by telling a story, then do it!

After all these tales of woe, Alice announced that she had come up with a solution to this universal problem... and that she'd tell us all about it after these songs...

LESSON FOUR: Your goal is to keep your audience reading/listening/watching until the very end.  In order to do that, you need to create some suspense! Plan your content in a way which lets you tease your audience so that they can't put you down (ahem... so to speak..)

Before the music started, we the audience were asked to tweet or email our own experiences when it comes to overflowing inboxes.  Alice may work for a national radio station, but she didn't leave it to chance, she gave us clear directions as to what we should do next to join the discussion.

LESSON FIVE: Don't assume that people will be moved to take the next step just by the power of your message.  If you want them to do something such as comment, subscribe or even buy - ASK THEM!  Lay it out as clearly as you can to leave no room for confusion.

After the songs ended, we listened keenly for Alice to reveal her big solution... Before doing that though, she read out some of the tweets and stories that listeners had been sending in. She added her own thoughts and observations on each of them and encouraged people to get in contact if they hadn't already.

LESSON SIX: People are more likely to take action if they can see there's a point to it. If you've asked for comments - make sure you reply.  If you're asking people to sign up for a freebie, make sure you deliver! You get the idea...

7) The art of selling

By now, we were already pretty eager to hear Alice's solution but she didn't tell us quite yet...  She told us instead how this was going to change our lives - how we would no longer need to be stressed by that little notification sound as yet another email arrived in our inbox.  She told us the solution would not only wipe out these problems (even for those with 1000's of unread emails like her colleague) but that it was SO simple, we could all do it together in just 10 minutes....

LESSON SEVEN: Don't be afraid to actually sell!  It can sometimes feel a bit 'icky' to sell, but focus instead on how much your offering is going to HELP.  Remind your audience of the problem you're solving, the way this problem makes them feel and then take their objections into account and overcome them.  Here, Alice knew we all hate those unread notifications and she also knew that our inboxes get too full because we don't have the time to go and sort them out, so she focused on the simplicity of her solution.

8) Make it easy for people to do what you want

Before the big reveal, we were encouraged to actually take action and put Alice's solution into practice.  Not at some vague point in the future - but right now!  She called out in particular to those who were listening as passengers in the car (wow - that was me! How did she know???) and pointed out that this was the PERFECT time to take action.

She explained that after she had given us the solution, she would put three songs on (all related to getting rid, of course!) and we could all purge our inboxes together.

LESSON EIGHT: Often, asking isn't enough - you need to make it a no-brainer! Alice knew that a large proportion of her audience are listening while travelling and so she used this to help encourage people to take action.  She also provided a set timeframe to stop people putting it off.

9) It doesn't need to be complicated

Finally, after ANOTHER lot of songs, Alice told us her big solution.  Do you know what it was? This amazing new 'system' she'd come up with?

That's it.  Just going through and unsubscribing from everyone you don't want to hear from again.

What?? No fancy software or email feng shui?

And do you think that mattered?

LESSON NINE: People just want a solution to their problems.  They don't want the most complex one or the one that takes most time.  They actually want the opposite!

All too often we massively over-think the content we create for our audiences, whether that be blog posts, podcasts, video or email.

Great content does take planning, but it doesn't need to be complicated.

Alice Levine took the incredibly simple concept of overcrowded inboxes and how we can reduce them by unsubscribing and she turned it into around 45 minutes of entertaining radio.

It didn't feel planned or prepared but you can bet your Grannie's bonnet that it was!

She took us on a journey and each of the above elements put together helped to create something great from something pretty small and uninspiring.

Now it's your turn!

I hope this has inspired you to start implementing these ideas in your own content.  If blogging is your thang, then I've got just the thing you need to help inspire you even more.

This natty little checklist gives you a step by step guide to help you plan, create and promote your content to get more traffic and engagement. 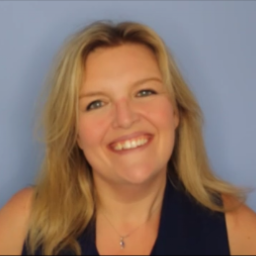 5 Reasons you should charge more for your service

5 Reasons you should charge more for your service

The 5 stages of a successful discovery call

The 5 stages of a successful discovery call

Annual review for 2021: The year of transformation

Annual review for 2021: The year of transformation

search for anything here